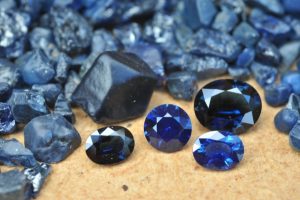 Sapphire is one of three varieties of corundum found in the world. The red variety commonly referred to as Ruby, and the lesser known pinkish orange variety, as Padparadscha. The name Sapphire is then referred to any other color outside those falling under Ruby or Padparadscha. The most commonly known and cherished blue variety has been adorned for centuries, representing nobility, royalty and faith of many throughout the world; however, hues of green, yellow, purple, and even orange are just a few of the other colors that are also labeled as Sapphire. The blue variety of Sapphire has a rich history in folklore, art, and most prominently, among royal families throughout history, and even attributes its name from the Persian word, Safir, which is derived from Greek, meaning blue. Found on nearly every continent, ranging from countries of India, Pakistan, Thailand, African, and even the United States, just to name a few, mining operations today are some of the most prominent among prospectors and site holders of any gemstone.

Due to the incredibly high demand, treatments are heavily relied upon in order meet the need for the retail market. In fact, more than 90% of all Sapphires have been thermally enhanced in some way to improve color, and even in some cases, clarity. Typically exposed to high levels of heat in rough form, ranging from 1300-1800 degrees Celsius (2300-3300 degrees Fahrenheit) for several hours, this will enable what is called a charge transfer, allowing an electron to pass from one atom to another and back. And by either reducing or enhancing oxygen and/or hydrogen levels, the color will either be deepened or dampened, and in some cases change its color almost entirely. Clarity and phenomenons such as asterisms (Star Sapphire) or chatoyancy (Cat’s Eye) can be enhanced as well by using the same principle of chemistry to manipulate its color. In a more basic sense, those treating these gemstones are essentially just continuing where Mother Nature left off. As an industry standard, because heating is a universally accepted practice, a reduction in value isn’t typical; however, those gemstones of rare color and better clarity will see prices double and even triple when no enhancement is determined by a laboratory.

Some more invasive enhancements involve adding other elements such as Titanium, Chromium, and/or Beryllium in hopes to enhance color. This introduction of other elements during the heating process is referred to by labs as a diffusion process. Most of the time, these treatments are barely sub-surface, but they do allow for a more desirable color in otherwise pale or commercial material. Gemstones exposed to this level of treatment will typically see a substantially lower price due to the high level of enhancement that differs from more primitive, accepted enhancements as mentioned above by simple means of heat treatment.

Most importantly to keep in mind, though, is the disclosure of said treatments. While most treatments are an accepted process, CIBJO and US FTC standards do require a full level of transparency and disclosure when selling any gemstone. 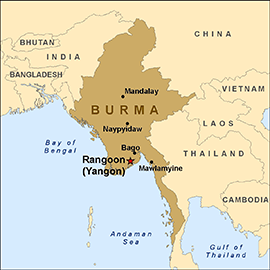 Although sapphires are mined from almost every continent on the planet, it is important to note the prized Kashmir and Burmese sapphires. Classical examples of these specimens have a deep blue that is both intense and velvety in appearance. Though very rare to see by even the most experienced or shrewd collector, Sapphires from these localities will fetch top dollar and currently hold record high hammer prices by auctioneers such as Christie’s and Sotheby’s, and current market prices of the highly coveted, and intensely rare material is based on these auction prices today.

Currently, the leading production of mined sapphires is in Madagascar. Though only in the last decade have these specimens gained much attention, Madagascar has been yielding some of the worlds most beautiful crystals since the 1990s. More well known, and currently still mined to some level is the centuries old mines in Ceylon, or more commonly referred to today as Sri Lanka. Both localities produce sapphires of varying colors and qualities, making them some of the most rich, abundant, and profitable in the world. Other popular origins today are coming from The United States in Montana’s Rock Creek, Dry Cottonwood, Missouri River, and most famed area, Yogo Gulch regions.

Not unlike many other things of adornment of century’s old history, a collection of incredibly rare Sapphires of magnificent beauty has been the object of desire and collection by real estate moguls and industrial tycoons to royal families and world leaders. Some tell a story of rich history and lore, while others are intensely rare and just simply fetched massive prices. 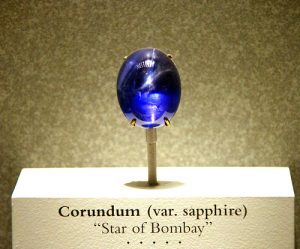 The Star of Bombay (RIGHT) is a 182 Carat Star Sapphire from Sri Lanka that now sits in the Smithsonian, but was once the gift to silent film star, Mary Pickford from her husband Douglas Fairbanks Sr..

The Logan Sapphire is one of the world’s largest faceted gem quality sapphires, weighing 422.99 Carats, and named by its owner, John A. Logan before being donated to the Smithsonian in 1960.

Most recently distinguished in 2013 by Sotheby’s as having the highest price ever paid for Sapphire jewels is The Richelieu Sapphires (BOTTOM LEFT), which fetched a whopping 8.3 Million Dollars. Reported by Swiss gemological lab, SSEF as each being over 20 Carats, without any enhancement, and deriving from the Himalayan Mountains of Kashmir.

Gemological Appraisal Laboratory of America is a proud member of: